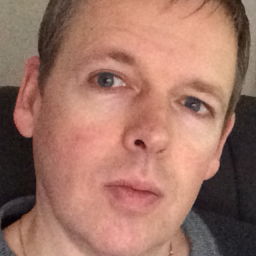 In most cases, dogs have no problem scarfing down their food. It's the highlight of their day and most pooches are promptly waiting by their bowl once that time comes! When your dog loses their appetite, it's definitely a big cause for concern. This is especially true if they are still accepting treats.

This condition is referred to as partial anorexia in veterinary circles.

It means that dogs aren't willing to eat their main food but will occasionally still chow down on treats.

While you might think that feeding your pup treats is good enough, think again. Treats aren't designed to provide a balanced diet. Most are high in fats, too.

When your dog is ignoring their normal meals and eating only treats, they are at risk of developing a wide range of problems. So, what are you supposed to do?

The first thing you should do is try to identify the reason why they are not eating their normal kibble. There are several reasons why this could be occurring. Some are benign.

Other times, it could be an underlying health problem that's to blame.

Before you can take any steps to rectify the situation, you have to know what's going on. Here are some of the most common reasons why dogs won't eat their main food.

Believe it or not, psychological stress can do a number on your dog's appetite. Despite their carefree attitudes, dogs are susceptible to anxiety just like we humans are. It's a unique facet of canine psychology that most people don't even realize is happening.

There are many reasons why your dog could be upset. Ultimately, it all depends on your dog's sensitivities. What might upset one dog could very well be a huge enjoyment for others.

For example, dogs can get stressed by visitors in the home, new pets, babies, loud storms, and so much more.

When those triggers start affecting your dog, they'll likely hole up in their crate or bed. The fear and anxiety they are feeling could be so debilitating that they don't even want to eat!

This is one of the most common culprits. Gastrointestinal upsets are never fun to deal with. Think about the last time you had to deal with them! Chances are that you didn't have much of an appetite either.

The tricky thing with gastrointestinal problems is that they're not always obvious.

Your dog might be acting just fine, leading you to believe that there's no problem at all.

Unfortunately, their stomachs are quite sensitive. They could be dealing with allergies, worms, or a host of other issues.

The best way to check your dog's gastrointestinal health is to monitor their stool. It's not a pretty task, but it is an important one. Look out for inconsistencies in content, texture, smell, or color.

If worms are the issue, you'll see them in the stool. Tapeworms, hookworms, and roundworms all eventually make their way out of the body through the intestinal tract.

If you're seeing strange colors, there could be issues with internal bleeding, organ failure, or a myriad of other problems.

If the issue is soft and runny feces, your dog could just be dealing with diarrhea. This problem typically goes away after a couple of days. Look out for other symptoms that could indicate gastrointestinal discomfort, such as vomiting.

Related: Best Dog Food for Pups with a Sensitive Stomach

Unfortunately, many diseases could be affecting your dog's appetite. These diseases largely affect your dog's energy levels.

So, you might notice extreme lethargy in addition to a lack of interest in food.

Other possible diseases that you can't rule out include blood disease, lung disease, neurological ailments, and kidney disease. Even something as simple as arthritis pain could be affecting your dog's appetite.

Did you know that kibble can spoil? Most foods can stay in good shape for years after manufacturing. But, it's not uncommon to encounter a long-expired bag of kibble on supermarket shelves.

Usually, the food will have mold or take on a smell that's more foul than normal. Your dog can detect that spoilage, which is probably causing them to avoid it!

Dogs can be picky eaters sometimes! This isn't true with all dogs. However, many owners report their pups getting bored with certain foods after a while.

This is pretty common. Your pup doesn't like their food, so they're not going to eat it!

As frustrating as this may be, take their refusal to eat as a sign. Dogs are vigilant creatures. Think of it as a hunger strike!

Dental pain is no walk in the park. All dog breeds are susceptible to periodontal disease, which causes severe pain and decay. The worst part is that you can't really tell that your dog is suffering from it without getting a close look. 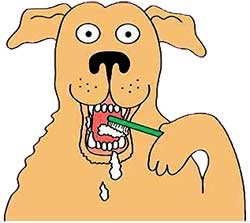 You might notice bad breathe, also known as halitosis. But you can't be sure that your dog is suffering from a dental disease without a full examination.

Oftentimes, dental pain is associated with pawing at the mouth and general disinterest with food.

Hard kibble is tough on the teeth, so it explains why they would avoid their normal food.

The same can be said about treats. Most treats are softer than your average kibble, making it easier to scarf down.

What You Can Do To Get Your Dog to Eat

Once you have identified the problem, or at least have a good idea of what's going on, you can take steps to improve your pup's appetite. Here are a few common tricks you can try.

Take a Trip to the Vet

First things first, visit your vet. Your vet can rule out any medical problems that may be occurring. They can perform diagnostic tests to ensure that your pup's lack of appetite isn't a red flag for something else.

If there is something serious going on, you can take the steps to treat or manage the problem. Even if there are no medical problems to blame, your vet may be able to restore your dog's appetite.

Sometimes, dogs will avoid their food because they prefer treats instead. If that's the case, you'll need to take back control.

You can't let your dog starve just because they prefer fatty treats! Be a stern owner and put a stop to the treats for a bit. Once your dog realizes that they don't have the treats to fall back on, they may start eating their kibble again.

To appease the picky palate of your dog, you might want to explore some new food options. This is a trick many owners use once their pup has gotten over the excitement of new flavors.

There are a few ways to convince your pup to take a taste.

The first thing you can do is use toppers or gravy mixes. Just pour some on top of their existing kibble to give it a boost of flavor. You can also use canned food.

If that doesn't work, try switching flavors within the same brand. Most brands will use similar ingredients among the different flavor choices, making the transition easier for your dog. The new taste could be enough to kickstart their appetite.

Finally, you can change to a completely new brand. Exercise some caution here. Try to stick to a food that has the same nutritional value. Also, you'll need to transition your dog slowly to avoid any stomach upsets.

Stick to a Feeding Schedule

Once your dog is eating again, be consistent with your feeding schedule. Avoid those stray treats that you like to give your pup anytime they flash those puppy-dog eyes!

Sticking to a schedule shows your dog what they can expect. It lets them know they can't hold out for treats or hope that you're going to offer something better later on.

Your dog's diet supports every aspect of their health. When they've suddenly stopped eating their kibble, you need to take the issue seriously. Figure out what's going on and address the problem head-on.

Once you do that, you can rest easy knowing that your pup is getting all the nutrients they need.

Also Read: 12 of the Worst Dog Food Brands to Avoid this Year

How to Properly Store Dog Food and 10 Mistakes to Avoid